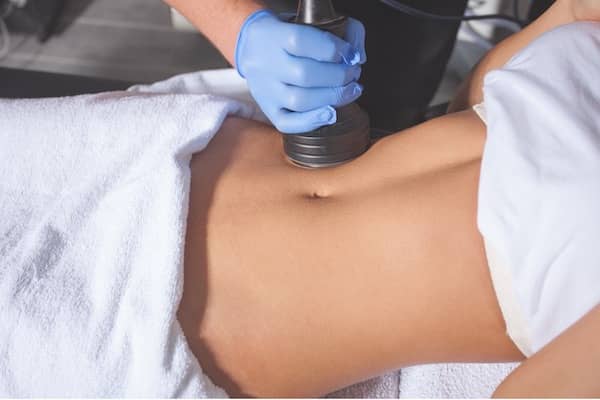 Cosmetic medicine has progressed in leaps and bounds over the past 20 years. Today, one in four patients are under the age of 34, completely shifting the dynamic.

Injectables and other non-invasive procedures might be what’s drawing young people to clinics around the country. They see it as a less permanent alternative to surgical procedures. CoolSculpting® is one of those non-invasive options.

So, what is CoolSculpting®? To find out more about this amazing, new technology, we have created the guide below.

CoolSculpting® is an FDA-approved method of removing fat in specific areas of the body, including the

This method uses cryolipolysis to freeze the fat.

How Does it Work?

There is a fun story behind the discovery of cryolipolysis. Two Harvard doctors, Dr. Rox Anderson and Dr. Dieter Manstein, observed the formation of dimples among children eating popsicles. Upon further investigation, they found that the freeze temperatures from the popsicles were eliminating small pockets of fat.

As these fat cells die, the liver helps filter them out of the body.

The initial treatment, in-office, is relatively pain-free. The technician will use a CoolSculpting® machine and applicator to control where the cooling takes place. The machine is set to a temperature that will freeze the fat cells, but not damage surrounding tissue.

The sucking from the application may cause some discomfort, but most patients can adjust to it. The cold temperatures of the treatment might be alarming, but it should cause numbness, not pain. Immediately after the treatment, patients often feel like the target area is frozen.

Patients may also experience mild pain for up to two weeks after treatment as the fat cells liquefy. Some of this pain can present as:

Typically, a mild pain reliever should be adequate enough to address any pain.

How Long Does it Take?

It does not take long at all to apply treatment in the office, but it does take longer for the fat cells to die.

The procedure itself should not take more than one hour in the office. The patient reclines in a chair while the fat in the targeted area is sucked up by the applicator. Then, the cool temperatures are applied for anywhere from 30 to 60 minutes.

It takes time to notice the changes to the targeted area. Patients should massage the treated area three times a day to encourage dead fat cells to move.

What is CoolSculpting®? It’s a new, non-invasive way to eliminate body fat by freezing fat cells. Many patients opt for CoolSculpting® because the treatment itself is relatively painless, there is little downtime, and the appointment shouldn’t take more than an hour.

If CoolSculpting® sounds right for you, don’t hesitate to contact us and book an appointment today.